For a hauntingly vivid look back through key events in Ireland’s history, a trip to Kilmainham Gaol is a must. Kilmainham Gaol has played an important part in Irish history, as many leaders of Irish rebellions were imprisoned and some executed in the jail. It is now an award-winning museum, and one of Dublin's most popular attractions. 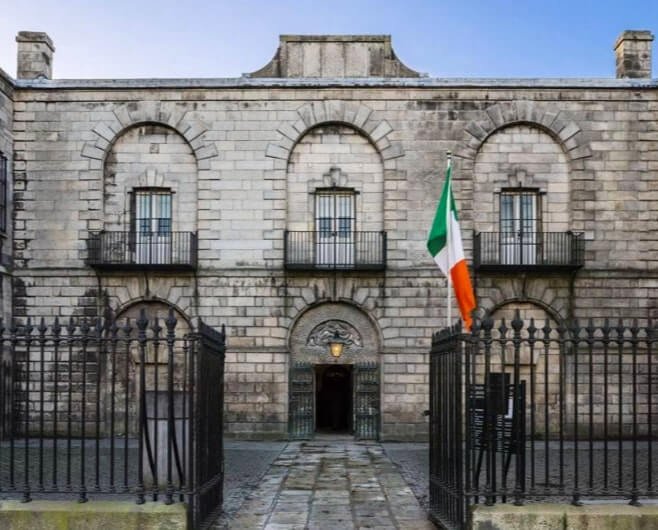 When it was first built in 1796, Kilmainham Gaol was called the 'New Gaol' to distinguish it from the old jail it was intended to replace - a building not too different to a dungeon, just a few hundred metres from the present site. Over the 140 years it served as a prison, its cells held many of the most famous people involved in the campaign for Irish independence. The leaders of the 1916 Easter Rising were held and executed here, and the last prisoner held in the jail was Eamon de Valera.

Kilmainham Gaol was abandoned as a jail in 1924, it now houses a museum on the history of Irish nationalism and offers guided tours of the building.

Who was imprisioned at Kilmainham Gaol?

The history of modern Ireland is soaked into the walls of Kilmainham. Political prisoners were kept here (and sometimes executed) from the rebellion of 1798 to the Irish Civil War of 1922-23. Beside them were thousands of ordinary people from all over Ireland, jailed for all sorts of crimes and waiting to be transported to Australia. Children were sometimes arrested for petty theft, the youngest said to be a seven year-old boy. 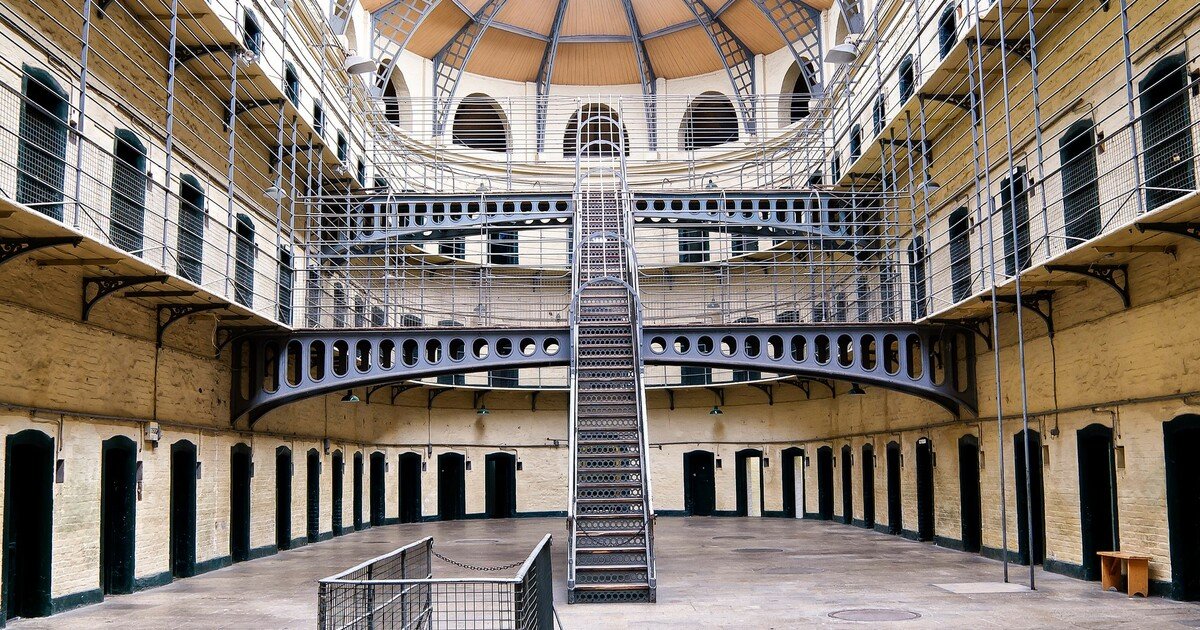 The guided tours at Kilmainham Gaol offer an insight into some of the most defining and inspirational events of modern Irish history. Leaders of the rebellions of 1798, 1803, 1848, 1867 and 1916 were detained and sometimes executed here. The Gaol also played a role during the harsh Famine times.

Guided tours last approximately 1-hour, and this includes the exhibition.

Now this powerful and absorbing place is one of the most popular sights in Dublin – so popular that you should book your tour in advance. On the top floor you’ll find exhibitions linked to the world’s political prisoners; recent examples include a display on Nelson Mandela, and another about the struggles of the suffragette movement.

Step out into the fresh air again, overlooking Phoenix Park and Dublin, and take a deep breath. Nearby, you’ll find the Royal Hospital, home to the Irish Museum of Modern Art, or you can remember the spirits of the past while enjoying coffee in the more contemporary surrounds of the Lime Tree Café or Storyboard in Islandbridge.

Tickets are limited and during busier times it can be hard for guests to gain access on selected dates. For that reason, pre-booking online from Kilmainham Gaol is highly recommened.

Kilmainham Gaol in the Movies 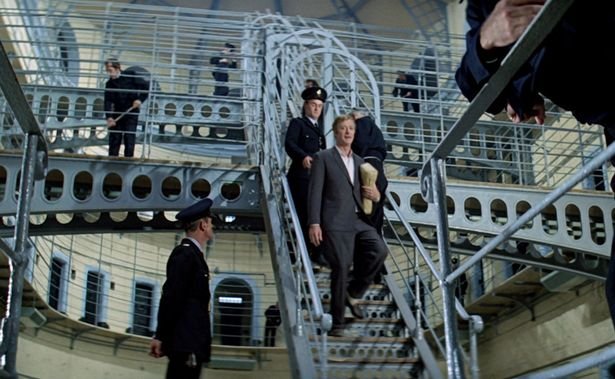 The prison is a popular location for many films. Movies filmed at Kilmainham Gaol include The Quare Fellow (1962), The Italian Job (1969), and The Last Remake of Beau Geste (1977) In the Name of the Father (1993), Michael Collins (1996), The Escapist (2008), and the Rebellion drama by RTÉ was shot within the prison too. It is also the scene for this haunting rendition of Grace by Dubliners Róisín O, Aoife Scott, Danny O'Reilly

Getting to Kilmainham Gaol

Kilmainham Gaol is on the outskirts of the city, and is 3km from Temple Bar. If you choose to walk, it's a great chance to see some lovely parts of Dublin, and some iconic buildings. If you walk along the Liffey, check out the Four Courts, Heuston Station, and Collins Barracks' Buildings. Take a stroll through Royal Hospital Kilmainham you'll be rewarded with some of the city's most beautiful gardens on the way. Exiting on the Kilmainham side of the Gardens will bring you to Kilmainham Gaol.

There is a Dublin Bike station right outside the museum. If you are cycling in the area, it's a good opportunity to explore the vast Phoenix Park nearby!

Suir Road on the Luas Red Line is the closest Luas stop - this is 750 metres away. 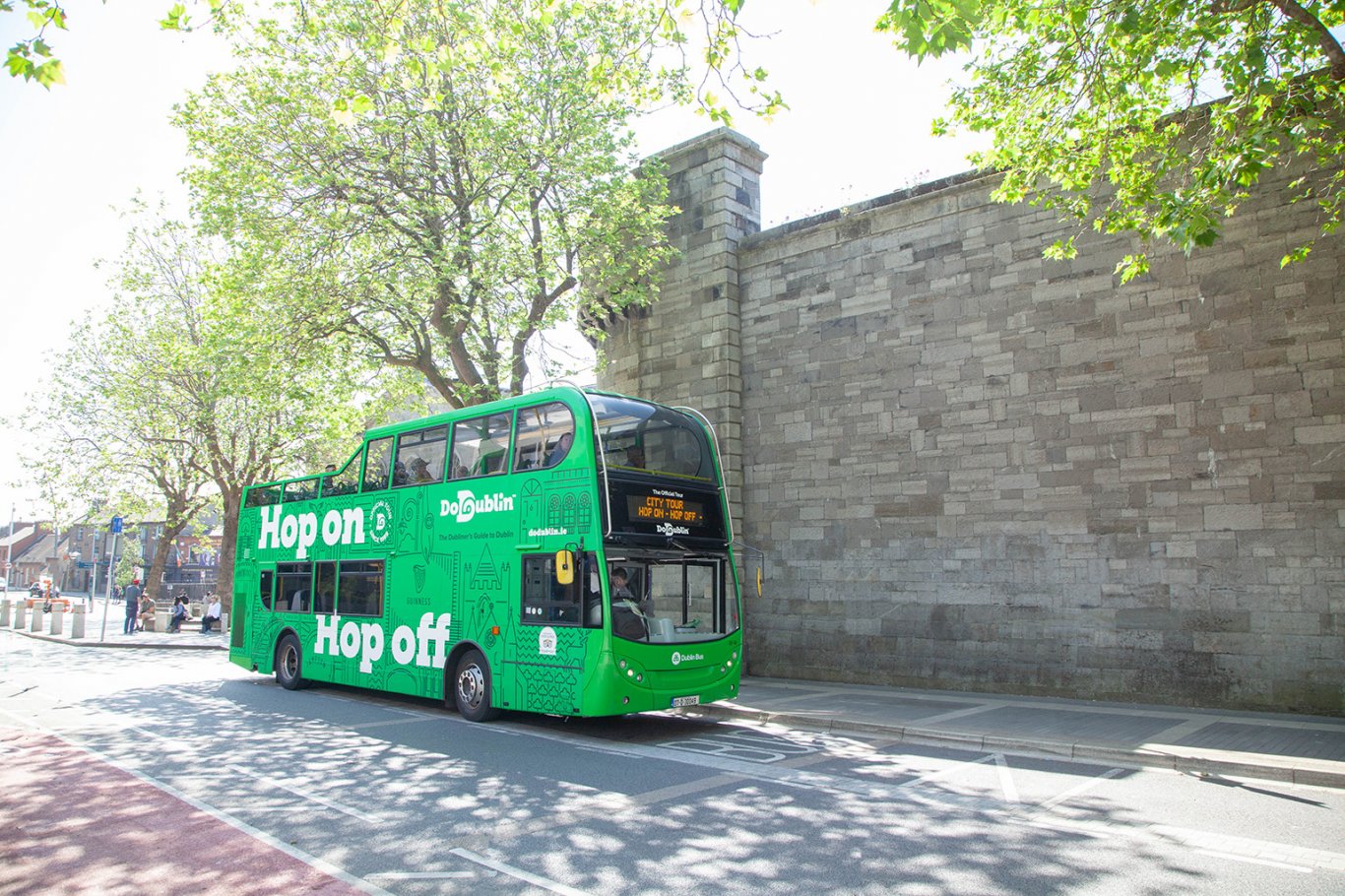